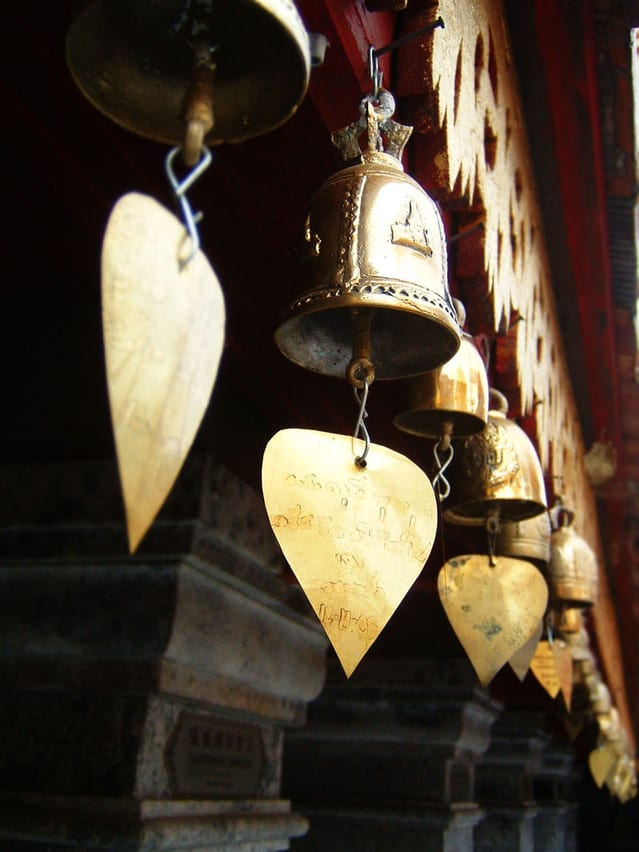 How to center yourself with sound in 5 minutes

The San Francisco Bay Area is buzzing and electric with emotion and protests. When you go online and on social media, you enter the frenzy.

It’s (almost) the only conversation happening. Everyone’s grappling with What Next?

Are we going towards the Light? or down into the Dark?

What Can I Do?

All the women I speak to are feeling fiercely called to DO something.

Are you having the same experience?

After a particularly intense panic- and fear-filled conversation with a friend, I realized that I needed to find my center.

I brought out my quartz crystal bowl in my office, closed my eyes, and circled the felt tipped striker against its white rim.

As its pure high crystalline tone washed over me, my energy field began to clear like water evaporates in a desert.

Ahhh…..its soothing clarity pierces my body. My nervous system relaxes. The emotional conversation recedes. And in just 5 minutes after I lift the striker from the bowl, I am calm and centered.

If you’re feeling wracked after the election (or Thanksgiving!), here are 5 ways you can center yourself with sound:

First, decide to give yourself 5 minutes. Turn off everything you’re doing — laptop, phone, laundry, dinner etc. Then focus your attention to yourself the next 5 minutes.

For best results, close your eyes so you’re not being stimulated by your eyes and can just focus on sound. 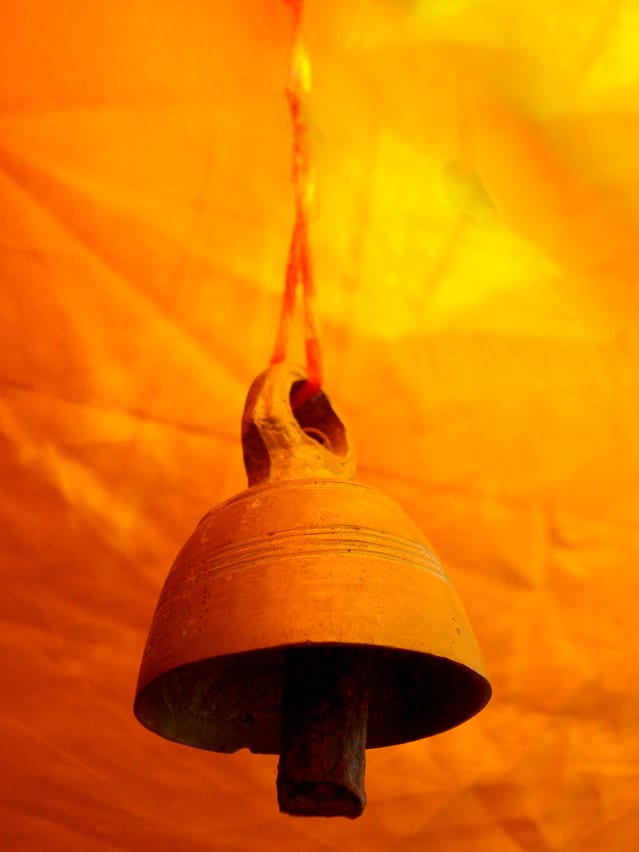 And let me know how it goes in the comments.

How America’s Voting System Is Like A Football Game Or A Toxic Relationship. And How To Transform It

The frenzy of this week after Trump was elected President (it’s hard for me to even type the words) has been like a football game run amuck.

I’m not an American football fan. Never understood it (must be my Indian background). But more than the game, it’s the energy of the crowds that’s a turn-off.

It’s the energy of hate. Of competition. Of winning. The thrill of beating the opposing team. My feminine body and musician sensibility cringe and fold up like a mimosa pudica (a plant that folds its leaves when touched) at the excitement and glee when blood is drawn (metaphorically and literally).

That’s what America’s elections are like. Drawing blood. And the glee of being better than the other.

A game is one matter. The governance of our country is quite another.

The Democrats align with who I am and my beliefs. No Ifs, Ands, or Buts there.

But Republican supporters are just as adamant about their party.

So are we going to travel through centuries toggling between parties?

Division doesn’t help us. As a country, and a planet, we’re not going to survive if we’re divided.

INTERCONNECTEDNESS is the way forward. Divisions will destroy us.

This calls for a CONSCIOUSNESS SHIFT.

America needs to shift from winning to cooperating. Out of partisanship towards collaboration.

We don’t need our parties to be a long-married couple with a sour, bitter, begrudging relationship. As a therapist I’ve seen couples where one person is entrenched in the fact that s/he’s absolutely right and won’t tolerate another way. As is the other person.

The problem is they’re self- and relationship- destructive. No one wins. Not in the long run.

When a marriage has gone on for so long and is so embittered, with neither giving an inch, the couple (hopefully) chooses therapy to find a new way.

Therapy helps them listen to each other, hear each other’s perspectives and values.

Therapy helps them understand that Both Are Right.

Therapy helps them see Both People’s Truths Are Valid To Each Of Them.

A toxic couple has 3 choices. They can:

Let’s say they choose the third. The only way NOT To Keep Throwing Verbal And Emotional (or Physical) Daggers At To Destroy Each Other is to create a NEW Healthy, Sustainable, Thriving Relationship out of toxicity.

I believe this is what the American voting system needs to do.

But it’s a healthier way forward than battling through decades of which side is more right.

Create A Third New Relationship Out Of A Toxic, Embittered Marriage (& a message from Spirit)

Here’s a brilliant solution that comes from Spirit. This is from the latest post from Kryon, a loving angelic entity channeled by Lee Carroll.

Our country is slightly over 200 years old, and as great and revolutionary as our system was then, it needs to be adjusted as we go or it will eventually get stale and more and more dysfunctional. KRYON as even given us an indication of a new kind of democracy, where the old concept of  “winner takes all” in an election is replaced completely. Right now, one side fights the other. One wins, and the battle continues for 4 years until the next election. Then they fight some more. Old energy? Yes.

What about a system where the president of a country is not a member of either party, and is elected for the ability of being able to council, compromise, and bring things together – a peacemaker who understands both sides? Too high minded? KRYON has indicated that it might be on Earth sooner than we expect, and perhaps will show itself in other areas before it gets to the USA. This would be a more mature democracy, and a wiser one.

Americans are inventors. I’ve loved that about this country I’ve chosen as home, which has given me the possibility to reinvent myself as a woman. Well then, let’s do what we do best — reinvent ourselves.

Let’s create a new America that considers EVERYONE, not just toggles between parties every 4 or 8 years.

Does the possibility of A New Way give you Hope? Then share it, bring it into your conversations. What you think and say has tremendous power.

I’m not sure how we’ll do it but if people can envision a new possibility, there WILL be a way.

What do you think?

What Trump Becoming President Means To Me As A Woman

The first thing I did this morning, November 8, 2016, even before my early morning ritual of warm lemon water, meditation, and creative work was to check the election results on my phone.

I gasped. My stomach sank. My legs wobbled.

“Oh no!” burst from my lips. “No, America, you couldn’t have. No American women, how could you?” Moments later the thought flashes, “Now we’ll enter the dark ages.”

I hadn’t believed it was possible. Not in the slightest. I thought most other Americans saw him the way I did, as a woman, a California resident, a first generation Indian-American immigrant. I thought it was incredible that someone I believed so inexperienced, inappropriate, and ill-fit for a position of such responsibility, dignity, and magnitude could even rise as far as he did. Instead Hillary, I thought, was a shoo-in with women and minorities.

I was wrong. I’ve been living in my ivory tower as a healer, therapist, and life coach. Hoping. Perhaps even magical thinking. Trusting that most of us get that we’re walking a wonderful path towards consciousness and evolution. But living here in the San Francisco Bay Area where everyone I know is politically aligned like me, I realize how insulated I am from mainstream America.

52% of white women chose to vote for him. And 26% of Latino women. The only success was 4% of African-American women.

“Don’t they see his misogyny and sexism? How could they possibly want someone who assaults, belittles, and objectifies women? What does it mean about how they think about themselves?”

For 8 years I relished, felt proud of, and have been inspired by the glorious Michelle Obama.

I grew up in India where women are leaders — Indira Gandhi was Prime Minister for many years.

And like Hillary Clinton supporters, couldn’t wait for the U.S. to elect its first women president.

As someone who works to empower women to love themselves, reach their fullest potential, and be Big, Bold, and Beautiful, Trump’s success is the polar opposite of what I believe.

So the election results are a glass of ice water flung at my face.

It’s a wake up call I feel in my bones, in my body, down to the very soles of my feet.

But. It makes me more determined for I feel the challenge we’re all up against.

It makes me even more committed to stand in my power as a woman.

To speak what I know to be true, essential, and sacred.

To say out loud that the Emperor isn’t wearing any clothes.

I feel an urgency in me, like the remarkable people at Standing Rock, to be a warrior for peace, love, truth, women’s empowerment, evolution, transformation, consciousness, and as steward for our beloved Planet.

The task ahead of us is clear. We, American and women all over the planet, must:

[ You can also read this article is on medium.com]